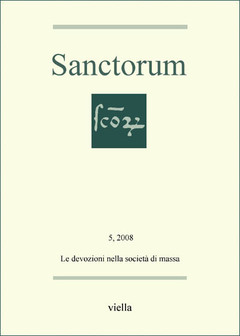 The change in the representation of the forms and manifestations of sanctity by mass media which take hold during the twentieth century when the propaganda is used alongside hagiographic writing in its more traditional forms; the former, with its greater persuasive force may also be addressed to audiences identified through class, culture and other forms of belonging. The Catholic hierarchy realized the importance of what was then the new media, from cinema, to radio broadcasts. which were seen as a type of continuation of the pulpit and cathedra, and also to television which, in the most recent decades has been the protagonist for a notable re-launch of the genre of hagiography which has reached its apogee in the ever-growing number of religious fictions. From this point of view, the Church’s media strategy came to its highest levels of success in post-war Italy, although it had its origins in the massive diffusion of broadsheets, which were able to include Christian marvels within the field of their own sensationalism, which also saw new impresarios of the cult of saints arising which at times supported but also at times offered themselves as alternatives, to the hierarchy of the Catholic Church.

This website uses cookies to improve your experience while you navigate through the website. Out of these, the cookies that are categorized as necessary are stored on your browser as they are essential for the working of basic functionalities of the website. We also use third-party cookies that help us analyze and understand how you use this website. These cookies will be stored in your browser only with your consent. You also have the option to opt-out of these cookies. But opting out of some of these cookies may affect your browsing experience.
Necessary Always Enabled