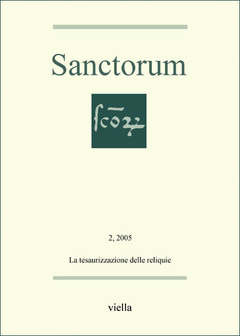 Relics have, now for a number of years, been the subject of a reconsideration which has made clear their many material and symbolic dimensions. The present project aims to have the long tradition of studies on relics interact with new methodologies and interpretations, juxtaposing different disciplinary approaches. The title alludes to a two-fold problem: the valorization of the relic through its transformation into an objet d’art as well as an object of devotion, and the building up of literal treasures of sacra pignora, or holy relics. The point of view taken here is thus that which focuses on the construction – and frequent reconstruction – of the relic via artistic production. This latter, in the variety of the forms it takes, is interpreted as an means of mediation between the sacrality of the object and its audience. Such a consideration gives rise to problems of conservation, of its placing in a sacred space or museum, of their stock-piling, and, in general, their management between showing and hiding, male and female, lay and clerical, over different periods of time.

This website uses cookies to improve your experience while you navigate through the website. Out of these, the cookies that are categorized as necessary are stored on your browser as they are essential for the working of basic functionalities of the website. We also use third-party cookies that help us analyze and understand how you use this website. These cookies will be stored in your browser only with your consent. You also have the option to opt-out of these cookies. But opting out of some of these cookies may affect your browsing experience.
Necessary Always Enabled